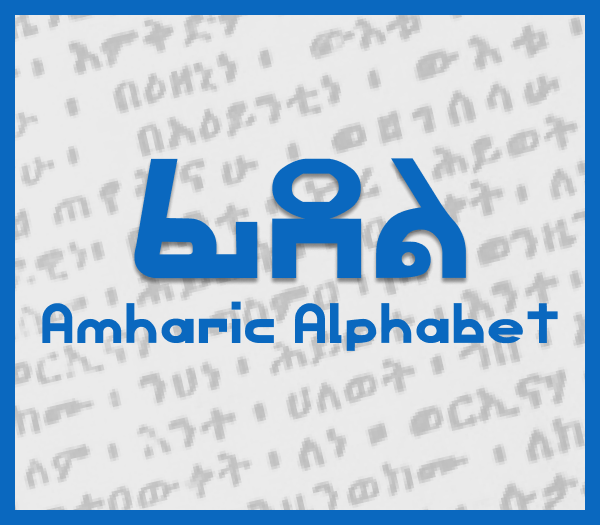 Amharic Alphabet or Amharic Fidel has thirty three consonants with seven variations, each made up with an additional vowel. If we take the first character which is “h”, we can add ä,u,i,a,e,ï and o after it, to complete the set. The same vowels can be added to the rest of the consonants to make up the full alphabet.

Amharic is the second largest semitic language after Arabic. It is the official language of Ethiopia which is written in Ge’ez / Amharic Alphabet. There are over twenty million native speakers in Ethiopia and around. The largest number of speakers outside Ethiopia are in the US, Israel, Saudi Arabia, Italy, Lebanon and United Kingdom.

You can start typing in Amharic, read more about Amharic Alphabet at Wikipedia or see our collection of Amharic phrases.