Amharic Keyboard enables you to type in Amharic online. Start typing in the text box using your computer or phone keyboard or by simply clicking on the virtual keyboard keys below. Hold Shift and press a key for alternative Amharic letters.

Amharic is written left to right and uses a slightly modified version of the Ge'ez alphabet. It is made up of 31 consonants and five vowels. Each consonant has seven variations making the number of letters in the alphabet over 500 including, numbers and punctuation marks. 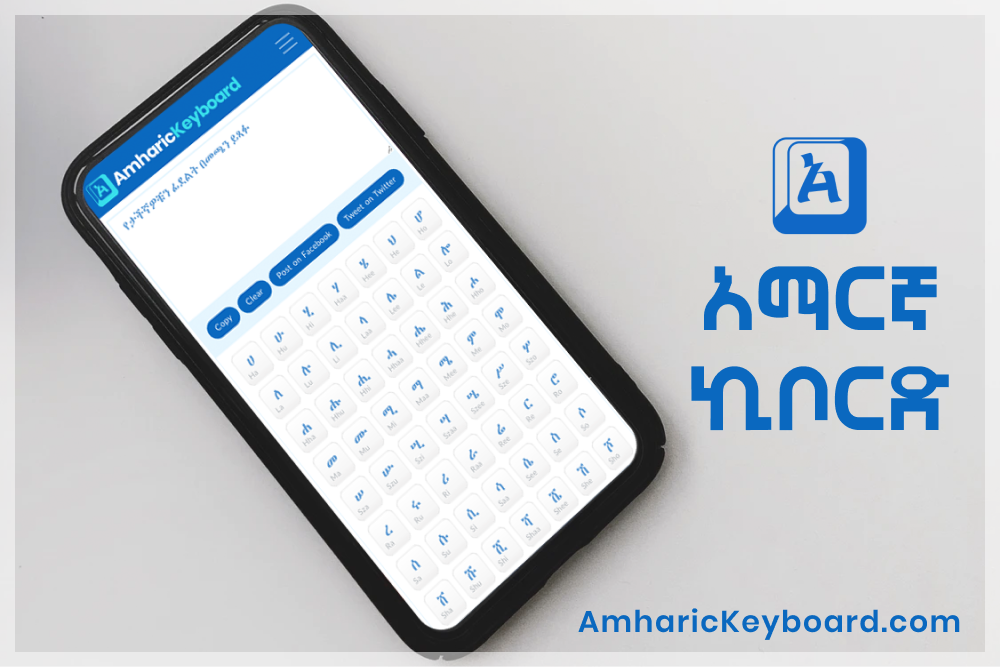 Amharic Keyboard is an all in one solution for typing in Amharic online. It is a web app compatible with all Android and iOS phones. With responsive design, optimized code, the Keyboard is also developed to be user friendly across multiple platforms and various screen sizes.

Amharic Keyboard has been used by millions of users over the past couple of decades. It has been consistently maintained and improved over the years to optimise the user experience of our users. The interactive phonetic alphasyllabary, social media posting are some of the favoured features.

You can write in amharic and post it on Facebook and Twitter by clicking the "Post to" button. For a full guide and help visit our help page. To learn how to type in Amharic visit our Amharic Alphabets page.